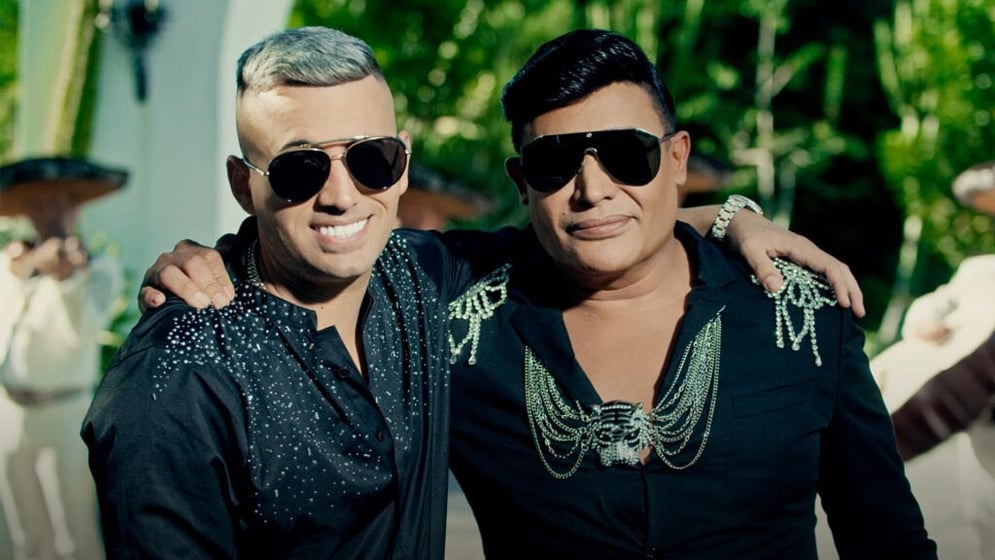 Eduardo Antonio and Lenier, joined by mariachis, perform the classic and romantic piece, Mentiras. This ballad is the next beautiful piece to add to the growing collection for which El Divo de Placetas is known for. Mentiras tells the story of a woman (played by the actress Imaray Ulloa) who has lied to two men for love. The video clip is directed by Adrian Sanchez Avila and takes place in a garden in the company of Eduardo Antonio, Lenier, and a group of outstanding mariachis, narrating this story of love and heartbreak.

Eduardo Antonio, with his talent and charisma, has captured the Latin American people’s affection for years. Being Cuban born with dual nationality in Mexico, and now based in Miami, Eduardo Antonio’s audience has fallen in love with him through his career as an actor in soap operas, films, tv-series and as a singer-songwriter. Eduardo Antonio has shared stages with many iconic Latin artists such as Celia Cruz, Myriam Hernández, Yuri, Lucero, and others, and has received great recognition in different countries for his admirable artistic and human works over the years.

Lenier, who is signed with Mr. 305 Records, continues to impress with his talent as a singer-songwriter. Lenier recently won the 2022 Latin Grammy for Best Tropical Song Latin with “Mala”, co-written by Lenier and Marc Anthony. Lenier has made many great musical collaborations in his career including collabs with Pitbull, Farruko, El Alfa, Maffio, Marc Anthony, IAmChino, Alvaro Torres, and others. Lenier has received great awards within the music industry and accumulates millions of streams on digital platforms.

Mentiras is released under Farandula Records, the leading Latin music label in Canada, propelling artists into the market and catapulting them to worldwide reach.

Enjoy this wonderful song on all digital platforms and follow the artists on their social networks.

Information contained on this page is provided by an independent third-party content provider. Frankly and this Site make no warranties or representations in connection therewith. If you are affiliated with this page and would like it removed please contact [email protected]