TAMPA (SNN-TV via WFLA) - The Tampa Bay Rays announced the team’s 2023 regular season schedule on Wednesday. The schedule is subject to change and times for games will be announced at a later date.

Next year’s regular season will start with a three-game series against the Detroit Tigers, beginning on March 30, marking the second consecutive season the Rays will play at home on Opening Day. The Rays will open their 25th anniversary campaign against the Tigers, the team they faced at Tropicana Field in the club’s inaugural game. 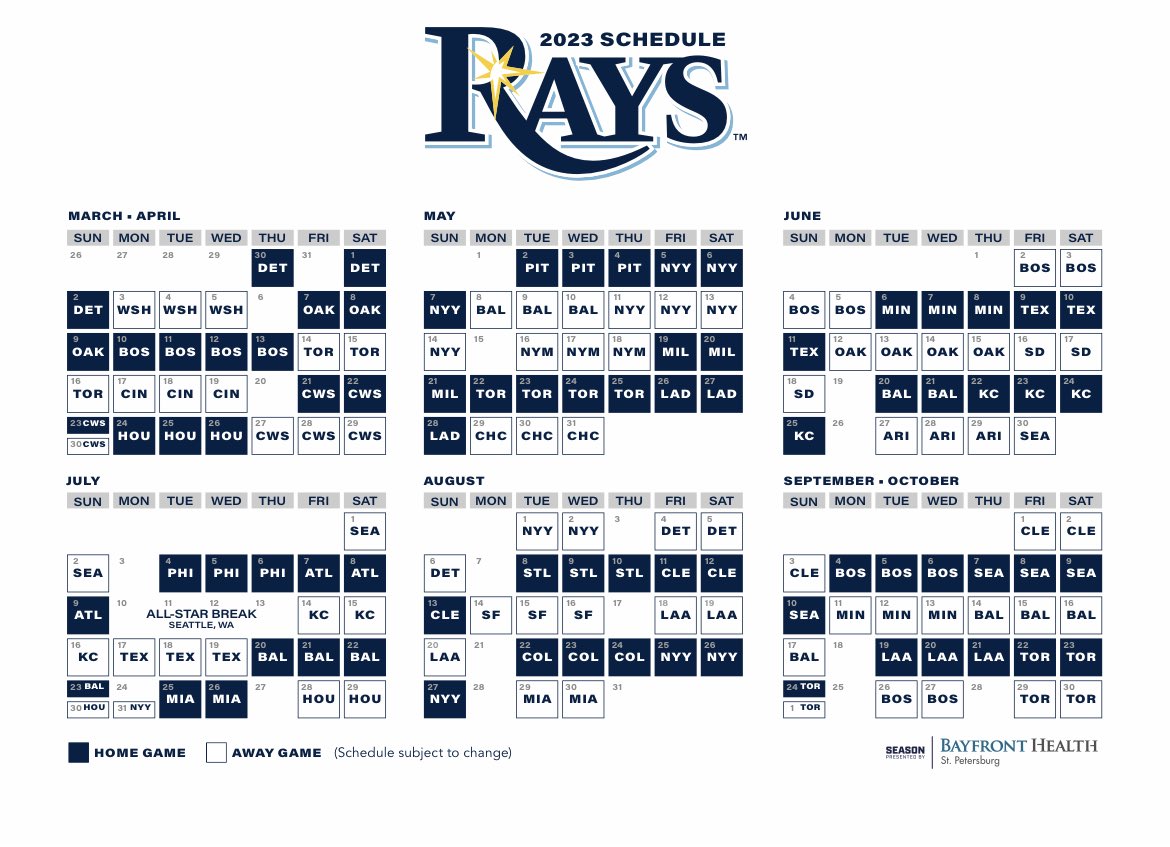 All baseball clubs will play a more balanced schedule beginning in 2023, under the Collective Bargaining Agreement between the MLB and the MLB Players Association.

The full 2023 schedule can be found online.