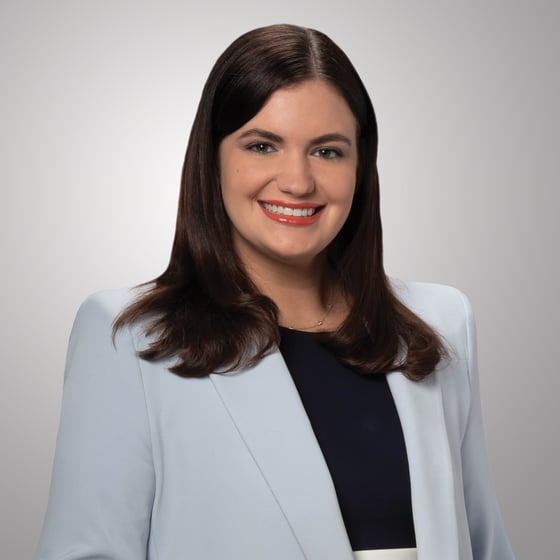 Cynthia McLaughlin returns to the Sunshine State to anchor weekday evening newscasts at SNN. Texas is “home” for Cynthia, but after a few years living in Boca Raton as a child, she has always wanted to move back to Florida someday. She’s so excited that the time has finally come!

Cynthia joined the SNN news team in 2021 and jumped right into coverage of the disappearances of Gabby Petito and Brian Laundrie. She was nominated for two Society of Professional Journalists Sunshine State awards for investigative and spot news reporting. Her favorite story to date helped garner hundreds of signed baseball cards for a Venice boy who lost his collection at an Orioles Spring Training game.

Cynthia graduated from Southern Methodist University in Dallas, TX with a dual major in Journalism and Fashion Media, and a minor in Business. Her younger brother now plays football at her alma mater, so you can catch her cheering on the ponies most Saturdays in the fall. Within a month of graduating, Cynthia started her journalism career in Bismarck, North Dakota, and yes it was very cold. There she was the education reporter and weekend news anchor. As you can imagine she covered quite a few blizzards, but her favorite story from her time in the Midwest was about a two-legged cattle dog with a special wheelchair. That story was shared hundreds of thousands of times online and aired on TV stations across the country. Now it is being published as a children’s book.

Before coming to the Suncoast, Cynthia spent three years as the morning news anchor in Tyler, TX. She was nominated for a Lone Star Emmy award for anchoring a seven-hour broadcast in one of the worst winter storms to ever hit the Lone Star State. It was truly a privilege being the voice East Texans wake up to, but she was ready for her beauty sleep.

Cynthia is looking forward to sharing your stories on the Suncoast and soaking up the famous Florida sunshine once again. If you see her out at the beach or walking her rescue dog, an 8-year-old Maltese named JJ, please say hello! You can keep up with Cynthia on Twitter at @CynthiaSNN and Facebook at @CynthiaSNNtv